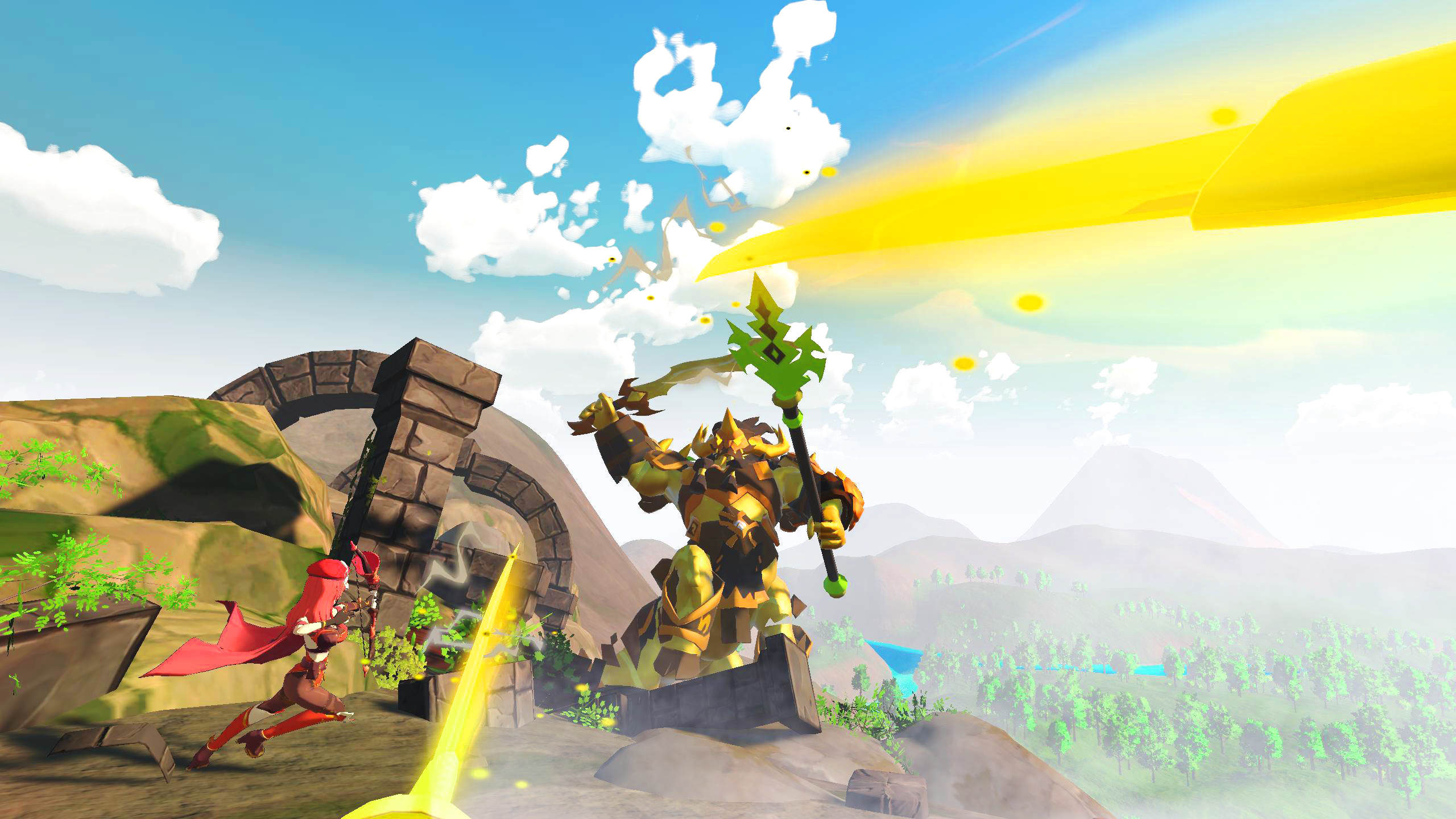 Sword Reverie has been in development for over three years. We have a launched a fully funded kickstarter raising almost 20,000$ summer of 2020 with 500 amazing backers. Currently we are working towards early access release for September 2021 on Steam VR and Oculus Store. Currently I am in charge of gameplay, level, and VR interaction design.

Recruiter, Publisher, or Investor interested in learning more about Sword Reverie? Email me for a playable build or more information.

1.1 Introduction of this project :

We have a launched a fully funded kickstarter raising almost 20,000$ summer of 2020 with 500 amazing backers. The below walks through some of the design process leading us to creating a well received kickstarter Demo. This Demo was also later iterated to become one of Steam Festival 2021's top played VR demos.

With thousands of users signing up for playtests by joining our mailing list, we created an online survey to better understand and validate who our target user was.

We learned our users came from across the world.

Our users loved to watch anime for the story.

We wanted to understand what motivated our users to sign up for our playtests in the first place. In other words, what attracted them the most. These were their top responses.

Sword Reverie aims to appeal to the achievement player type based on Bartel's and Quantic Foundries player model. However, since we are still in development and the progression system is not available yet, it was crucial to understanding what other player types exist in our users. Based on our research of what games our users played on VR, what anime and JRPG games they enjoy, and what excites them the most when they viewed our trailers we also identified the action and immersion type gamers

From the above research, we synthesized three key points in direct response to our proposed problem statement. This will guide our design process moving forward.

Since a Kickstarter is asking for our users to "back a project because they believe in it", designing what our users will connect with personally is very important.

Our first user persona is based on the immersive player type.

Our second user persona is based on the action player type.

Our third user persona is based on the immersion player type who is also passionate about anime.

All possible design solutions needed to be grounded for a realistic timeline on the development side. We want to keep the community involved and ensure all design decisions were testable. Finally, we wanted to inspire our user base across the world with an anime-inspired story and gameplay they hope to see.

Five design requirements were drafted to directly inform our developers of what areas we believe we should design for.

Our developers needed a very clear picture of what they are building, therefore storyboarding became the best solution for designing and translating ideas.

The final storyboard experience reflects how our final deliverable will directly solve the problem statement. Each of the six scenes will be a key moment of the users play through that should be prominently featured in trailers and marketing material.

Below are UI mockups of how an objective screen would look to the player. These were tested and iterated upon internally. In order to follow VR Design best practices and to address the readability issues in VR, most of the small story text had to be cut leaving only large clear instructions.

Vertical slices of different environments also had to be built for play testing. Only environments users reported to enjoy playing in or wanted to see more of will be built out in detail for the final deliverable.

A tutorial process was also needed as an on-boarding process for new users, a bare boned version was created for internal testing, and future playtesting. We kept fidelity low so we have room for redesign and iterations.

As previously mentioned, we analyzed all 1066 playtesters in depth for research purposes. Furthermore, we split the playtesters into various groups based on various variables such as VR hardware, gaming experience, excitement level, player type, CPU & GPU performance etc, so we can create a stratified sample and to be able to compare the different feedback from different groups.

From our filtered groups we found 25 steam VR playtesters and 25 oculus playtesters. They were then divided into 5 smaller comparison groups to understand how different player types with the same hardware and different hardware respond. How do players of the same hardware but different player types respond etc. With control groups established and set up, not only will we have painted a bigger picture of what we need to improve， but also a better understanding of which user personas reacted most positively or most negatively to our designs.

We will look at the player's experience from two dimensions: Were players able to successfully complete their tasks and was the experience enjoyable.

We had an opportunity to be invited by Oculus to test with six other VR developers, each developer responded in writing a report consisting of positive aspects, and aspects need improving, below are their synthesized responses.

After two weeks of in-depth testing from both stakeholders and professionals, four key points were identified. Flimsy sword combat, AI, and the combat system were too easy, the placeholder voice-over breaks immersion and too many technical bugs.

The current design of slowing the perceived sword swing and the controller was received extremely negatively by both stakeholders after multiple iterations, we realized the key is to make the physics feel good, rather than feel real. Therefore we proposed the redesign below.

With our schedule of a September 22nd launch less than a month away, our developers noted that although agreeing with our proposed combat redesign, implementation would be impossible. Therefor the focus became validating the sword weight redesign, and a majority of bug fixes with another round of play testing.

Hearing that most of the comments are now geared towards the voice acting and the combat system which were both not yet implemented due to time constraints. We feel confident in moving on to creating our final deliverable. Since good design is often invisible, no negative feedback on the sword weight was concluded to being a very successful redesign.

This is our new and improved thrilling physics-based combat system showcased to our users.  With the better sword weight, combat system, and rock paper scissor-like elemental mechanics, the game becomes very appealing to the action type gamers.

Check out our cool 3D model!

For our immersion driven player base, this mixed reality trailer showcases a world of action and excitement.

4.2 Adventure together to uncover the story

Based on the testing feedback, for our anime fans, story, and character lovers, we managed to appeal to them with our original cast of engaging characters. In the new demo, you will get to adventure with Magnus and learn the story behind the elemental invasion. These characters are fully voiced in order to keep the immersive player types satisfied.

Play a voice sample from Stella or watch the kickstarter video to hear her interacting!

Sword Reverie has a wide range of breathtaking environments to explore. These environments will draw interest from our immersive gamer types, who look forward to being the pioneers in exploring this fantasy realm.